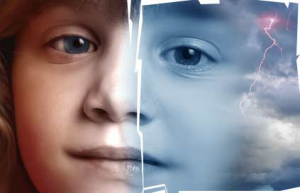 The Journal of the American Academy of Child and Adolescent Psychiatry’s treatment guidelines (or practice parameters) for children with bipolar disorder can be found here: (guidelines).

I do have some problems with what I’ve read so far: to begin with, the guidelines were drafted based on research that has been around for a couple of years – nothing particularly new here. The conclusions from that research are much more controversial than the article leads one to believe.

The statement seems to imply the disorder is no longer considered rare. Some, like me, believe the occurrence of the disorder in children probably is rare… it’s just being mis-diagnosed more frequently.

To their credit, the Academy cautions against using these guidelines for children younger than age 6; “There is no valid justification for diagnosing bipolar disorder in preschoolers,” (McClellan) writes. “Labeling severe tantrums in toddlers as major mental illness lacks face validity and undermines credibility in our profession.”

My best guess (bear in mind I am a practitioner, not a researcher) is that one day we will find there is a cluster of childhood behaviors that will allow us to predict something is going on with a child but not what that something is. It may be a behavior disorder, AD/HD, or bipolar disorder, or something else. It is important to remember that all of these problems are diagnosed by history and observation… bipolar disorder should be the diagnosis of last resort.

It does make sense to me that if bipolar disorder is a brain disorder it didn’t just magically appear at age 18. I’m not suggesting that bipolar disorder in children can’t occur: just that there is little evidence it is no longer rare.

My training is in cognitive-behavioral approaches and family systems theory so my bias is to first assume a child with behavior problems is dealing with some form of depression related to dysfunctional family/parenting. Prove to me that’s NOT the case and then I’ll start looking at other diagnostic categories.

(For those of you wondering why bother with diagnostic labels at all, that’s another post for another time. You might check out this post on different types of depression.)