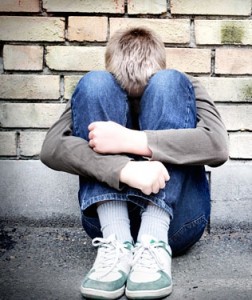 About 11 percent of adolescents have experienced depression by their 18th birthday.  Girls are more likely to have gone through depression than boys. When it comes to children and depression the risk for depression increases the older a child becomes. According to the World Health Organization, major depressive disorder is the leading cause of disability among Americans age 15 to 44.

Children (and teens) do go through stages or phases.  “Normal” varies from one stage to another making it difficult to tell whether a child is “going through a phase” or is clinically depressed.

Myths About Children and Depression

Many people believe that children and teens don’t really get depressed.   Children who were struggling with depression were often dismissed as being moody, difficult or “angsty”.

Today We Know
We now know that the younger the child, the more likely it is their depression will look different than depression in adults.  Kids who are depressed may complain of feeling sick, refuse to go to school, become clingy, or worry that a parent may die.  Children and teens often show anger, behavior problems at school, and will be grouchy and feel chronically misunderstood.

Counseling (or psychotherapy) is effective for  teens and children struggling with depression.  The younger kids are when we can catch depression, the better the prognosis.