Four Common Parenting Mistakes and How to Avoid Them

Four most common parenting mistakes and how to avoid them.

Too many people think of parental discipline in terms of punishment.  We “discipline” our kids when they do something wrong.  That’s a major mistake.  Instead, think of discipline as simply communicating your expectations to your children.  Expectations may vary from one child to the next and from one situation to another. 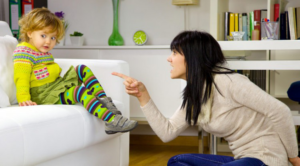 (The average person lumps punishment and negative reinforcement into the same category and calls it all ‘discipline”.  This article will reflect the common usage for the word “punishment”. There is a big difference between the two but that will have to wait for another article at a later time.)

1. Not enough praise. Even parents who think they do a good job of praising their kids don’t do it as often as they think they do.  There is an inclination to reserve praise for behavior which is above and beyond normal expectations.  Few parents want to throw a parade for their child merely because he did the basics.  But if the idea is to communicate expectations and establish good habits, then we need to let kids know we’re watching and we notice what they do.  This is especially important when we’re trying to establish a new habit in our child.Praise doesn’t have to be a new trampoline or a trip to Disney World.  Praise can be a simple “good job”.

Action step: Make a point of catching your child doing something right.  One of my professors in grad school was fond of saying “even a broken clock is right twice a day”.  Even the most strong-willed and oppositional child will do something right, even if by accident, and you need to catch him/her at that moment.

2. Rewards and Punishments not meaningful to the child.  Another of the common parenting mistakes is believing our child thinks like we do. A reward is only a reward if the child considers it so. Punishments are only meaningful if the child sees it as a punishment. I can remember being sent to my room as a punishment.  The problem was I valued time away from my little brothers and could easily amuse myself with books and puzzles.  Being sent to my room was supposed to be a punishment; I usually saw it as a reward.

3. Inconsistent discipline. One of the most common parenting mistakes is inconsistency.  Some children see their parents as a walking, talking, slot machines.  They persist in the face of trouble because they know they can wear you down and eventually hit the jackpot.  Nobody plays a broken slot machine. You have to convince your children the slot machine is broken and there will be no payoffs for poor behavior.

Action step: Keep your focus small.  No parent wants to keep track of 200 different rules. The idea is to help your child develop good habits so start with 2 or 3 things and move on when the habits are well established.

4. Treating each child exactly the same. The last of the common parenting mistakes leaves parents dealing with sibling rivalry.  One sure fire way to create sibling rivalry is to always treat each of your children exactly the same.  All you are really doing is teaching them to watch their brother/sister like a hawk waiting to pounce at the first sign of perceived injustice. So what if your sister got ice cream as a reward for a good grade on her spelling quiz? Spelling’s easy for you and she struggles with it.  You can have ice cream when you remember to take out the trash.

Action step: Review (2) and (3) above.  Rewards and punishments will be different for each child. And, it’s possible – but unlikely – you will be trying to establish the same habits for each child at the same time.