While cleaning out my home office and organizing the book shelves I ran across several of my old journals.  My journaling style changes from time to time.  Some of my journals were like diaries, some like devotionals, others were merely a book of lists. In nearly every journal was at least one attempt at creating successful goals. 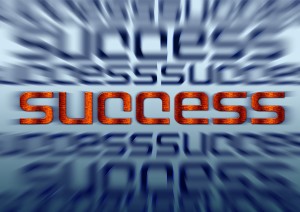 The lists were the most interesting: goals I wanted to achieve, habits I wanted to start (or break), to do items checked off or deferred. I’ve been a goal-setter for as long as I can remember. I was surprised at how many goals from 20 or 30 years ago I have accomplished. (There were a lot that I didn’t accomplish, but that part didn’t surprise me.)  Even more surprised at how many were achieved months or years after my self-imposed deadline had passed.

I was taught years ago to set S.M.A.R.T. goals.  I don’t remember exactly when or where.  I don’t even remember who; I do remember latching on to the idea and have been creating goals this way for over two decades now. The acronym was immensely helpful in creating successful goals.

The first is that “attainable” and “realistic” too often become code words for “safe” and “comfortable”.  I don’t want safe and comfortable goals.  I know of some people who write down what they have already accomplished just so they can check the items off as completed.  That’s not me.  I want to set goals that get me out of my comfort zone.  Goals that cause me to stretch and grow.  I want to do hard things. Because I know that my nature is to stay on the couch.  My natural inclination is to let someone else do the hard work.  And while that has a certain appeal to me I just don’t want to be that guy.

Somewhere along the way I decided to change the “A” to “Ambitious”.

I fail more often now than I used to.  (Mostly because I still have trouble with the “T” – timely.  I consistently think I can do more in a specified amount of time than I can actually pull off.)  At the end of the day, I feel better about almost making an ambitious goal than in having a list of mundane activities checked off.

I have recently changed the “R” from “realistic” (also safe and comfortable) to “relevant”.  Or maybe it will be come “related”,  as in related to my life goals.  I don’t want short or intermediate term goals that aren’t consistent with the quality of life I am trying to achieve.  For example, some friends and colleagues have encouraged me to expand my public speaking. I don’t want to.  I enjoy speaking and am willing to talk to groups in the Tulsa metroplex but I don’t enjoy traveling for business.  The last time I checked, professional speakers travel.  A lot.  I could set a specific, measurable, ambitious, time sensitive goal to increase the number of speaking gigs I do this year but it won’t get me closer to the kind of life I want to lead.  In fact, I would be moving in the opposite direction.