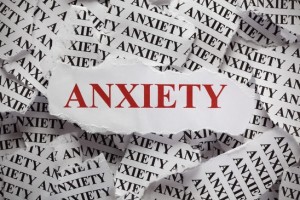 “Do you feel better now?”, my wife asked. “I could tell you were worried”.

No. Not really; not much better. I woke up one Saturday morning a while back to find the middle finger of my right hand swollen to about three times it’s normal size. It looked as if I had made a rude gesture to the wrong person and they had tried to twist the finger off. I don’t normally pay too much attention to aches and sprains… but spontaneous swelling and tenderness for no apparent reason just isn’t supposed to happen.

A long wait at the emergent care clinic (surrounded by a dozen sick children all under the age of five) resulted in a less-than-comforting diagnosis: “I don’t know what’s wrong with you”. The doctor went on to say he would treat it as if it were both a staph infection (antibiotics) and an injury (anti-inflammatory meds).

The message (some thing’s wrong with you, but we don’t know what) was anxiety producing. This, I thought, must be what people with anxiety problems go through on a daily basis.

Generalized Anxiety Disorder (GAD) is when worry occurs more or less constantly to the point where it interferes with ones ability to function. According to the National Institute of Mental Health about 18% of American adults have some kind of anxiety disorder; many of those suffer from GAD.

Symptoms of GAD include:

worry very much about everyday things for at least six months, even if there is little or no reason to worry about them;

know that they worry much more than they should;

have a hard time concentrating;

are easily startled; and

I’m not too worried about having GAD; ADHD (Attention Deficit/Hyperactivity Disorder) might be more likely. My thoughts went something like this:

My finger is infected with some strange bacteria.

It will begin to spread.

They’ll have to amputate my hand.

Cool… I can get a pirate hook!

I wonder if Pirates of the Caribbean is on the tube?

Or maybe Captain Blood; Errol Flynn was great in that movie.

When is Talk Like a Pirate Day? Is it on Errol Flynn’s birthday?

Shoot! What am I going to get my wife on her birthday?