OCD and the Unforgivable Sin

My observation, and it is just an observation not anything based on research, is that Christians with OCD tend to obsess over “spiritual matters”. Specifically, many of my clients manifest their Obsessive Compulsive Disorder (OCD) through chronic, agonizing worry about whether or not they have committed the unpardonable sin. 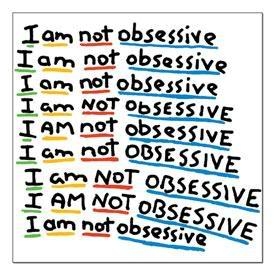 It’s not really a theological issue; most know what they believe and why they believe it. Rationally, they are fairly certain they have not been abandoned by God. The OCD, however, creates an irrational, inability to stop the doubts and questioning.

For some, the “unpardonable” or “unforgivable” sin is doubt. A random thought about the veracity of some facet of belief turns into “Oh, no. I’ve questioned God; I must not be saved.”

Others confuse temptation with sin. A lustful thought that most people recognize as a fleeting moment of temptation (and quickly turn away from it) becomes an obsession with being overcome by sexual impurity. Which then leads to “I must not be truly saved”.

Still others have no idea what they might have done; they are simply eaten up with fear they may have done something for which God will abandon them.

When OCD manifests itself in this manner, it is easy to confuse the symptom with poor theology or mere doubt. Unfortunately, there is much more to it.

If you are interested in learning more about a Christian counseling approach to helping someone with OCD, I recommend The Obsessive-Compulsive Trap by Mark Crawford.