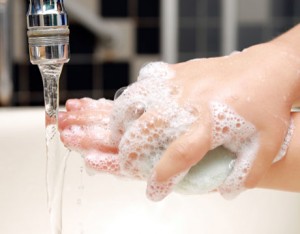 I am amazed at the parents who either over-react or under-react to their childs struggles in life. It seems like I am constantly trying to convince some parents their child really does have problems. Some behaviors just aren’t normal no matter what the culture or context. With other parents, I’m doing the opposite: there’s nothing to be worried about, every kid does it, they really will grow out of it.

Recently I’ve had a rash of parents drag their child into my office and present me with their own diagnosis: Obsessive Compulsive Disorder.

Not everything that looks like an obsessive-compulsive behavior really is OCD. Especially when dealing with children. Some behaviors are symptoms of other problems while others are a normal part of childhood development. OCD in children isn’t necessarily:

Childhood Rituals, Superstitions, and Avoidance: Some kids will do nearly anthing to avoid going to bed, eating certain vegatables, or taking a bath. Others will engage in ritualistic behaviors linked to sports or collecting things. All of these are “normal” behaviors all children do. Holding ones breath when passing a cemetary is a superstition that problably has more to do with peer culture than OCD.

Religous Rituals and Prayer: Children from religious familes often learn the forms associated with church before they learn the meaning behind the form. Prayer, for example, can take on the characteristics of ritual long before it becomes personal. OCD can only be evaluated in terms of cultural and family norms: parents who don’t participate in the life of the church but send their child to Vacation Bible School may become concerned at the “ritualistic behavior” but need to consider the influence of peers and VBS teachers before deciding their child may have OCD.

Nervous Habits: Thumb sucking and nail biting may be annoying to Mom and Dad, but they are not symptoms of OCD. Nervous habits can become ingrained so they appear automatic. They are difficult habits to stop. The “O” in OCD stand for obsessive; OCD compulsions are targeted behaviors purposefully designed to reduce the anxiety associated with unwanted, obsessional thinking. Nervous habits are rote: there is no meaning or purpose behind them.

Phobias: Spot phobias are extreme fears of specific things, like elevators, dogs, lightening storms, etc. While the irrational fear may look like OCD, there are no compulsions (ritualized behaviors) associated with the fear.

Depression: Depression in children often looks quite different than depression in adults. Depressed people often focus on their failings and shortcomings. Persistant thoughts of wanting to die (or at least not wanting to be “here”) can become a primary feature of depression. The difference between these persistant thoughts and OCD is that the depressed child/teen believes his assessment of his own worthlessness is accurate. He or she is convinced life is over because they didn’t make straight “A”‘s or because the love of their life dumped them. People with OCD know their thoughts are irrational.